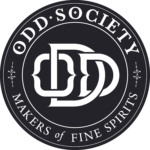 Spirits like Mongrel were called white dog, white lightning or just plain ol’ moonshine during prohibition. We could call it whisky if it spent three years in a barrel, but Mongrel goes straight from still to bottle, which is why it’s missing that traditional whisky brown colour. Mongrel is naked, raw and pure.

Mongrel stems from hardy stock. It’s made from 100% rye grown in Dawson Creek, British Columbia. Perfectly suited for Canada’s harsh winters, rye is tough to distill, but taming it is worth the effort.